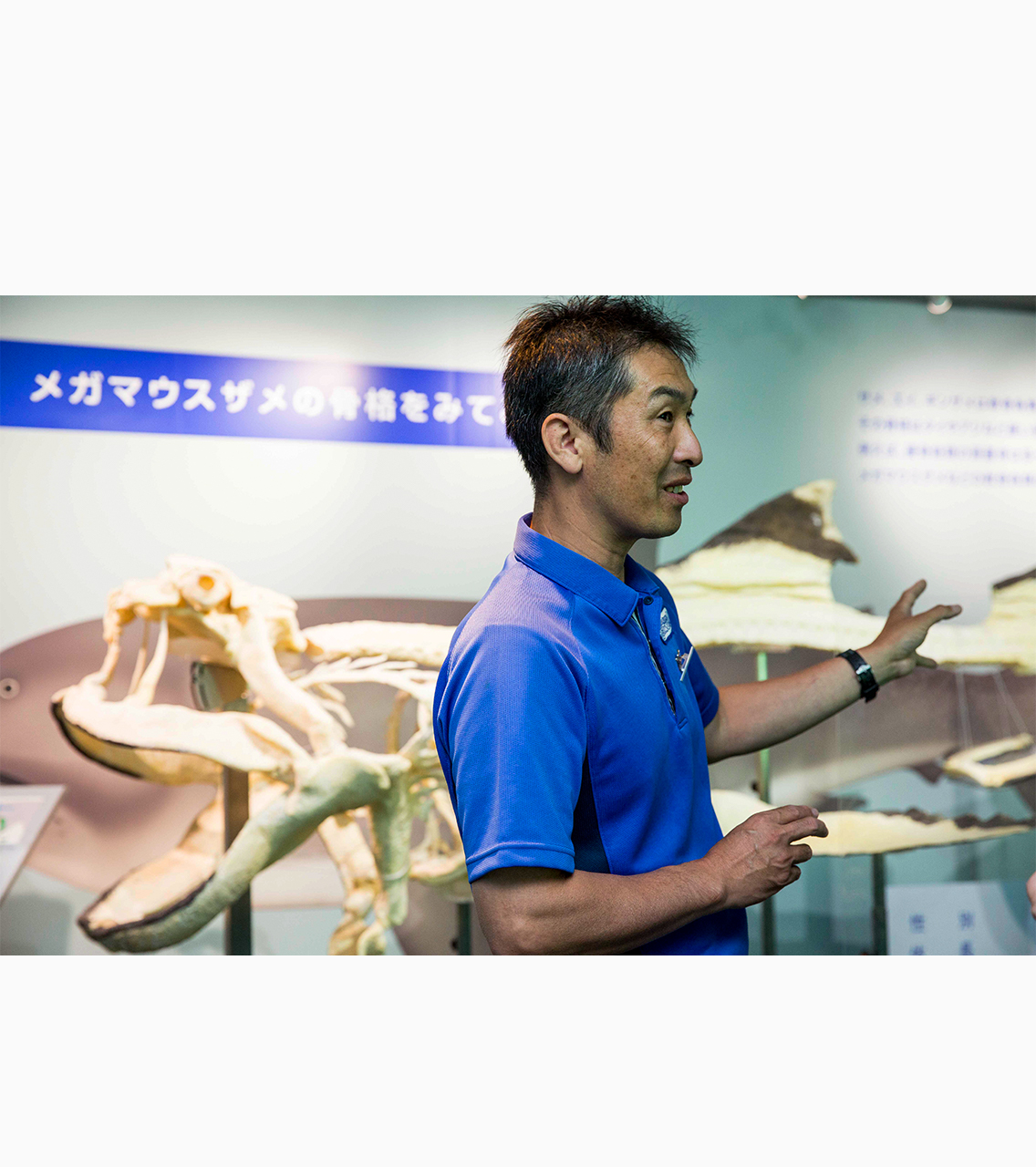 There are more and more books and movies related to sharks, but have you ever heard of the giant shark with an extremely big mouth?

It is an incredibly rare type of shark called a megamouth, also known as the massive phantom shark. About 100 specimens have been observed or caught since the species was first discovered in 1976. As such it was quite big news when a megamouth, caught in the offshore stationary net in the sea area of Sunosaki, was discovered in May 2017 by an aquarium in Chiba prefecture,.

This aquarium is Kamogawa Sea World, a core facility of Gran Vista Hotels and Resort. The keeper, Ahihisa Osawa, remembers the exact time he was rushed to the site after first being contacted.

"I have been working for the aquarium for the past 27 years, and I couldn't believe such a shark would come to the Boso peninsula. This discovery was only the 111th case in the entire world and the 21st case in Japan. The shark probably swam to the area but was already dead when it was discovered by the seashore. It was then decided to bring the animal to Kamogawa Sea World for research purposes," said Mr. Osawa.