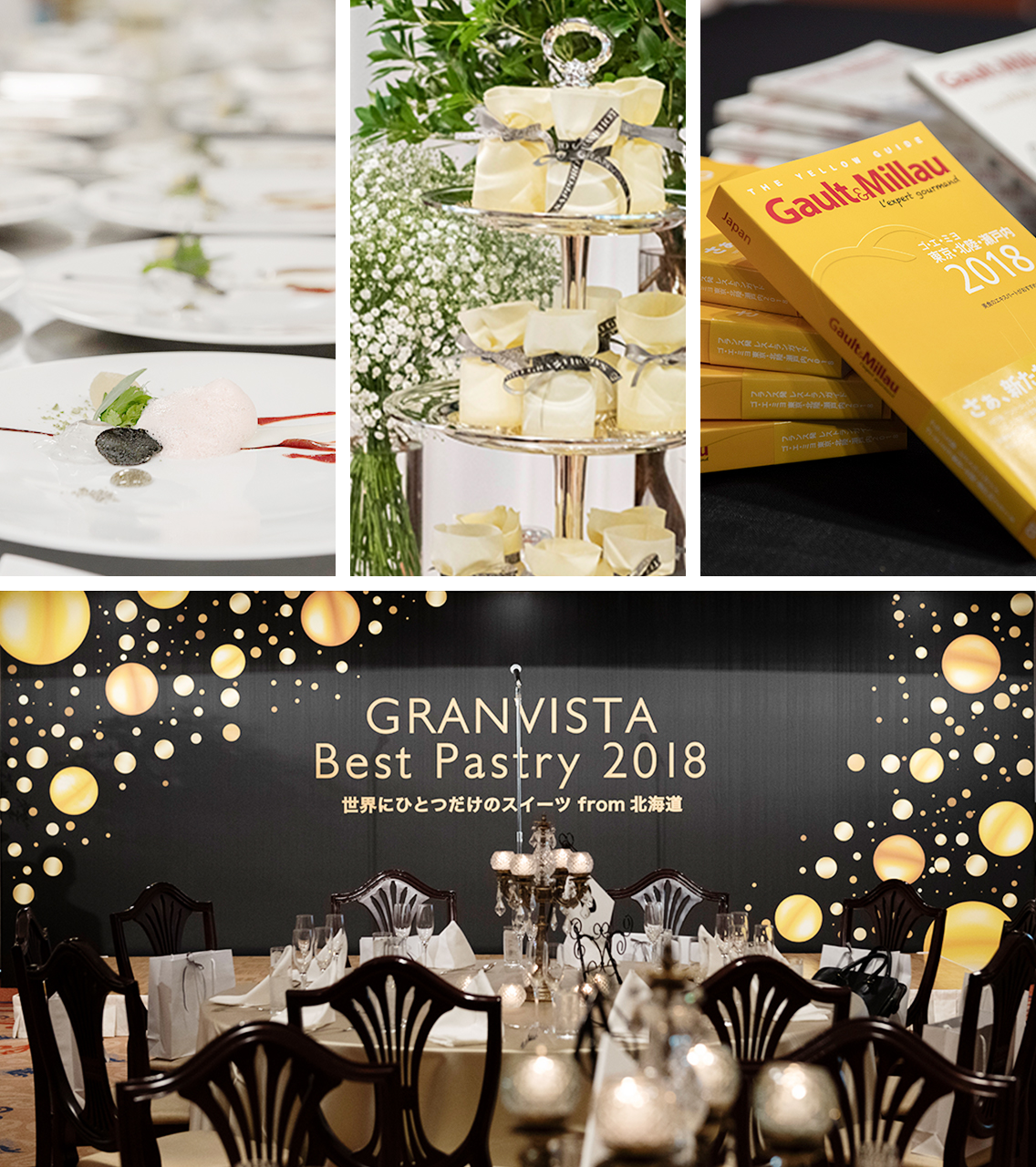 One year since the concept was born, five months since the coaching from Chef Kazutoshi Narita began, the sweets collaboration with the French international gastronomic guidebook Gault & Millau was revealed to the public. With an astonishing view of the autumn foliage in the garden of Sapporo Park Hotel’s Terrace Room, a press tasting event was held on October 18, 2018, for the Best Pastry 2018, One and Only Sweets from Hokkaido.

The venue was buzzing with activity ahead of the special event as staff and the pâtissiers from the Sapporo Grand Hotel and the Sapporo Park Hotel prepared the glamorous venue to be ready in time for their guests. The pâtissiers, specialists in amezaiku, or Japanese candy craft artistry, began earnestly making the delicate desserts from early morning.

In addition to the new creations, the venue was adorned with an elaborate cake tower alongside booths for Champagne Laurent Perrier and Gault & Millau. Members of the media and numerous influencers were in attendance, and all enjoyed the experience.